Minecraft is a sandbox indie-game originally created by Swedish programmer Markus 'Notch' Persson and later developed and published by Mojang. It was publicly released for the PC on May 17, 2009, as a developmental alpha version and, after gradual updates, was published as a full release version on November 18, 2011. A version for Android was released a month earlier on October 7, and an iOS version was released on November 17, 2011. On May 9, 2012, the game was released on Xbox 360 as an Xbox Live Arcade game, co-developed by 4J Studios. All versions of Minecraft receive periodic updates. 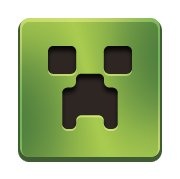 During my free time from gaming and work, I love to go onto Minecraft and just build, build, BUILD!!! I was introduced to this game awhile back and really didn't get the 'jist' of it until recently.